is a tightrope-walker, a daredevil."

one so fearsomely game that she inspires composers

to offer her their most wildly unplayable ideas

She can play them all.

"Here is someone who will delve without fear

into the furthest reaches of piano music

Her relentless curiosity and absolute commitment

have served her well"

in and around New York, has always been a

for me, Lisa Moore...serves as éminence grise

in the introduction and finale;

between those points she showed her capacity for illuminating character

"Moore played with an urgency that produced a palpable poignancy,

She was deeply sympathetic, not only to the technique

and formal sound of his music, the also the 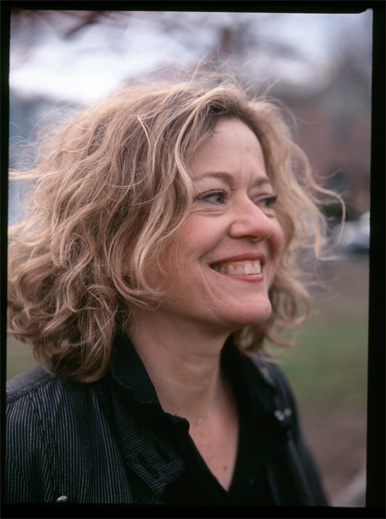 Born in Australia and raised in Canberra, London, and Sydney, Lisa Moore has lived in the USA since 1980. Based in New York City since 1985, she has released twelve solo discs (Cantaloupe, Orange Mountain Music, Irreverence Group Music, Tall Poppies, Bandcamp) with music ranging from Leoš Janáçek to Philip Glass, in addition to individual tracks on Bandcamp. Gramophone writes of her 2015 Mad Rush Philip Glass disc (Orange Mountain) “what becomes abundantly clear from listening to almost any bar on this recording is Moore’s highly developed, intuitive and nuanced approach to this music, one which has been allowed to evolve and refine over a number of years”. Her 2016 CD The Stone People (Cantaloupe), featuring the music of John Luther Adams, Martin Bresnick, Missy Mazzoli, Kate Moore, Frederic Rzewski, and Julia Wolfe, made The New York Times Top Classical Albums of 2016 and the 2017 Naxos Critics’ Choice. Lisa has recorded over thirty collaborative discs (Sony, Nonesuch, DG, BMG, New World, ABC Classics, Albany, New Albion, Starkland, Harmonia Mundi). Her  Steve Reich Music for Eighteen Musicians (Harmonia Mundi) with Ensemble Signal made The New York Times Top Classical Albums of 2015 list.  In June 2022, Moore released her second album of music by Frederic Rzewski – no place to go but around – to compelling notice. The New York Times remarked the album is “meticulous…clever…hits the gas with controlled force” with “a greater range of emotion than other interpreters.”

Lisa Moore is a Steinway Artist.

Hot Off The Press

What the critics say

Collection of photos throughout Lisa’s career

For the Sexes: The Gates of Paradise
Bresnick / Moore / Blake