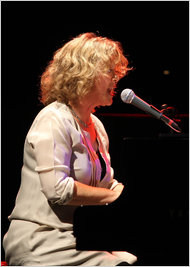 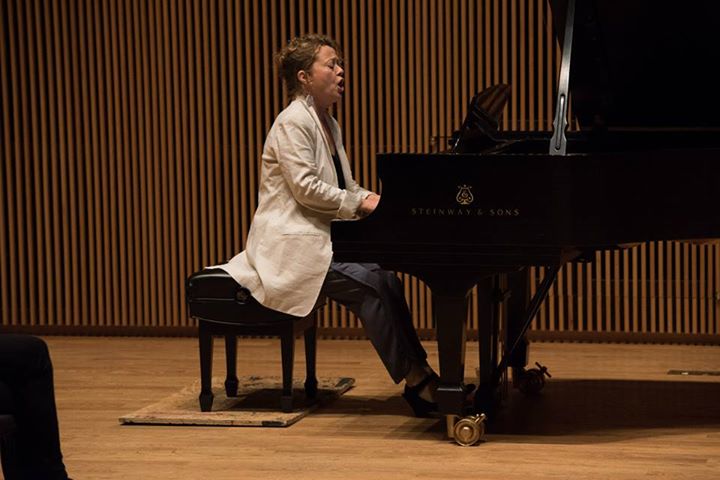 Little Room Exiles is a “pianodrama”. I commissioned Australian composers with Irish roots to compose works for me – works that in some way reflect their background, roots, estrangement, immigration, travel, displacement, and change. I read my great-grandmother’s diaries from her journey to Australia. I immersed myself in Irish literature. Working with text adapted from poems, novels, diaries, and letters, this pianodrama reflects on ‘Irish-ness’, and living far away. It includes animation, sound art, foley, solo piano, speaking, and singing within recently commissioned works by Irish-Australian composers – Kate Moore, Erik Griswold, Sal Cooper(animation)/Kate Neal, Andrew Byrne, and William Gardiner. Ambient sound is designed by William Gardiner envelops the space between works.
One of the focal points is De Profundis – a 30 minute dramatic oratorio composed by Frederic Rzewski. The text is adapted from the original 80-page 1895 letter “De Profundis” Oscar Wilde wrote in Reading Goal, while prisoned for homosexual acts. This powerful piano tome is composed for a speaking, whistling, singing, percussive, and emoting pianist.

“Moore returned onstage a changed person-outfitted in black, her hair loose, and wearing a lapel microphone to unleash an astonishing performance of Frederic Rzewski’s ‘De Profundis’ for speaking pianist…..Moore’s considerable music theatre skills…..what impressed in all these pieces plus a set of etudes and preludes of Scriabin was Moore’s involved approach and the superb clarity of her playing.”
The Australian (for ‘Wilde’s World’ Adelaide Festival 2000)

“Lisa Moore‘s concert last Sunday afternoon at The Center for New Music drew a standing room only crowd, and those in the audience were treated to an exceptionally well-conceived and performed program of music by living composers…. a large part of her repertoire are pieces for written for piano and voice, which are altogether different from lieder or art songs as the pianist and vocalist are the same. It’s a tricky feat, and one I’ve never seen performed live by a classical pianist, at least like this….De Profundis is a twenty-five minute excursion through the anguish and brilliance of Oscar Wilde’s famous 1895 letter written during his imprisonment for homosexuality. Rzewski’s music captures something fundamental in Wilde’s words, and Moore did both proud, turning in an exhilarating performance, full of fleeting moments instead of approaching it like an epic. When it was over it felt like only a few minutes had passed, and the audience took a moment to let it sink in before giving Moore a sustained, hearty ovation….She followed with Randy Newman’s “I Think It’s Going to Rain Today” as an encore without leaving the stage. It was a suitable, gracious way to end one of the finest programs I’ve attended this year.”
by John Marcher
A Beast in a Jungle
July 2014