“Soft Loud” review from Bread and Salt in San Diego

“Soft Loud” review from Bread and Salt in San Diego 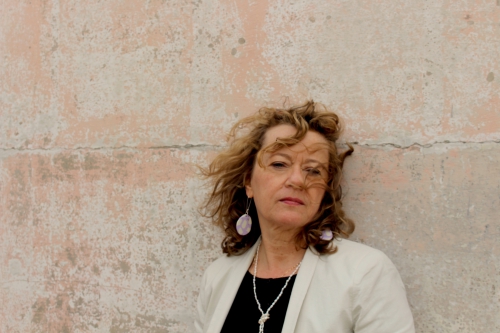 That was the enthusiastic consensus of those who braved Thursday night’s chill to hear pianist Lisa Moore play an extraordinarily eclectic program at Bread and Salt, the former industrial bakery in Barrio Logan where impresario Bonnie Wright has found a home for her Fresh Sound series.

Who is Lisa Moore? The New York Times calls her “the queen of avant-garde pianists.” She has performed and recorded with ensembles ranging from New York’s Bang on a Can to her native Australia. This weekend — Saturday evening and Sunday afternoon — she will join the La Jolla Symphony & Chorus as soloist in Philip Glass’ Piano Concerto No. 2 in UCSD’s Mandeville Auditorium.

A soft-spoken young woman whose slender frame belies the coiled energy she unleashes at the keyboard, she is an instinctive storyteller, with the combination of musical sensitivity and theatrical intelligence that word implies — both qualities modulated and constrained by an aversion to any kind of overstatement or aggrandizement.

She gave this concert a modest title, “Soft Loud,” a literal translation of her instrument’s full name, called “pianoforte” at its birth because the advanced mechanical action of its hammers, strings and pedals made it possible to produce sound that could be instantly varied from soft to loud.

But Moore is not interested in those two words just as descriptions. Her aim is to find what soft is, what loud can be, and the degrees of subtle difference there are between them. Repeatedly, she sought — and found — the sometimes inaccessible places in between the volume markings, where sound often seemed to be swelling and decaying at the same time.

Works by Glass anchored the program, beginning with “Mad Rush,” originally written for organ to welcome the Dalai Lama as he entered New York’s Cathedral of St. John the Divine in 1981. Glass’ “Metamorphosis II” was the program’s pivot point, music already familiar from its use in the film score for “The Hours.” And a very un-Glass-like “Etude No. 2” closed the program, a melodic, lyrical piece that reached a very impressive “loud” before dying away on a single note.

Time did not seem to pass in the usual way through the 11 works on the program, and it would be impossible to describe in this limited space the program’s variety, including two small humorous gems: Don Byron’s “Etude” (with words by e. e. cummings) in which the audience supplied both grunts and claps, and the peculiarly American mixture of melancholy and optimism in Randy Newman’s rock-tinged “I Think It’s Going to Rain Today.”

In addition to Glass, works by John Luther Adams, Missy Mazzoli, Julia Wolfe and Martin Bresnick represented the American composers who have defined what contemporary music means globally in the last two decades. But Moore has a wider view, as she demonstrated by reaching back a hundred years-plus to include works by Leos Janacek (“A Blown-Away Leaf” from the suite called “On an Overgrown Path”) and Alexander Scriabin’s 1905 “Prelude No. 5.”

The effect of those last two pieces was electric. Their close juxtaposition with the Glass works revealed aspects of all three composers that were, in a word, astonishing: an urge toward minimalist repetition in Janacek, and Scriabin’s more tortured seeking toward a melody that would express everything while moving as little as possible.

This modest, unassuming artist has much, much more to tell us, and soon, we can hope.